What Is Venture Capital? 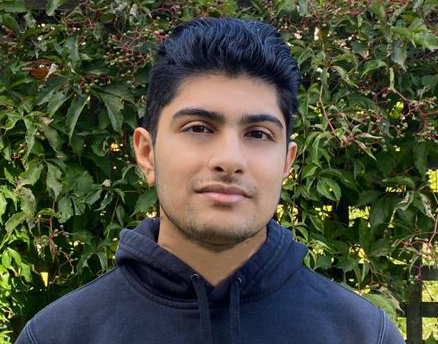 Aaditya Shah
Content Contributor
Startup Accelerators
Join the Freelance Platform for College Talent
Discover remote paid opportunities that you can do any time of the year.
Learn More
Pangea.app · Pangean Spotlight EP05 - Cassandra
About
A lot of major companies didn't reach success alone, but did it with the help of Ventura Capital. So what is it and could it benefit your startup? This article covers everything from how Venture Capital firms raise money to funding stages?

AirBNB, Peloton, Robinhood, and even Pange.app. Consumers use products and services offered by venture-backed startups. Venture capital itself is one of the underlying backbones of the US economy. Supporting countless new companies grow, develop, and become the next big thing.

Venture capital, as defined by dictionary.com is funds invested or available for investment in a new or unproven business enterprise. This is essentially a strategic bet that a venture capital firm takes, in which they invest other people’s money for an equity pool of the startup in hope that it becomes the next big thing. This usually happens in the form of an IPO (initial public offering) or an exit strategy (buy-out). Of course, venture capital firms make money from other fees, like management and carry-over fees.

The structure of a venture capital firm is quite different from other financing options like Private Equity, banks, or even angel investor syndicates. Traditionally, there are two types of partners in a VC firm. General and limited partners. General partners are the people who make the investment decisions, mentor the startups and find the startups to begin with. The limited partners are the people and groups who provide the required initial capital to take part in the investments.

So now that we know venture capital firms don’t actually invest their own money, but others (limited partners), how do they acquire the funds. The firms open a venture fund and ask for capital from wealthy individuals. This allows the firm to allocate a vast amount of capital which is used to invest in the next big startup.

The firms are typically run by some of the most successful start-up investors in the world and attract hundreds of millions in their funds. For example, one of the largest VC firms, Andreessen Horowitz is run by Marc Andreessen who was an early-stage investor in Facebook. These firms have access to lucrative deals and take care of the day-to-day management hassles which encourage investors to put capital in the fund.

Why would companies want Venture Capital?

Now you are probably wondering, why can’t these companies just go to the bank and ask for a loan? If these venture capitalists are ready to pour millions and even sometimes billions, in the case of Uber, why would start-ups want to pay fees and give up a portion of their company?

Start-up companies usually rely on Venture Capital firms to invest in them because of various reasons. Firstly, obtaining a bank loan isn’t that simple. Banks give out loans when they are certain they can get a return on their money. Start-ups and other early-stage companies are just too risky. Additionally, when a start-up becomes venture-funded, they are brought into a network of other start-ups and can learn, network, and grow. This environment allows for mentorship, and accelerated growth, something banks don’t bring to the table. Moreover, venture capital firms can also provide financing for successful businesses after the initial investment.

What type of companies get Venture-Capital funding?

Companies come in all shapes and sizes, but only a handful are venture fundable. These companies are fast-growth, massively scalable companies. That’s why they can and must raise funds. For example, recently Pangea.app raised a $2MM Seed Round to help rapidly scale. Usually, there are specific industries venture capital firms target, like ICT, Fintech, life sciences and others.

Keep in mind, the location of the company matters a lot. For example, San Francisco is the largest hub of Venture Capital firms and thus having a company in the nearby vicinity matters. Some other aspects are things like the experience and past success of the start-up’s founders, as proven track records can command higher valuation and better deals.

Funding at Different Stages in the Business

Venture Firms invest in startups all along their “youth” lifecycle, meaning Seed, early and late stage. The Seed stage investment is usually the riskiest as in this stage, startups don’t generally have a concrete plan or Minimum Viable Product (MVP). For VCs, this is where they can give a small amount of money and take the giant bets where they could receive the 100x returns. Looking at the return options for the seed investors, this is typically in the form of preferred stock, equity, or convertible notes.

Moving on to early-stage businesses, these are companies that have developed an MVP and have some market testing/traction. They are in the development phase and the funding itself from VCs is larger in value. This funding stage is denoted by series letter (Series A, Series B, Series C.)

Finally, looking at late-stage start-ups, this is for mature companies that have revenue or cash-flow but may not be profitable. Their growth and numbers show that there is still potential for rapid momentum. This funding stage is also denoted by series letter but usually starts at Series D and can go up to Series K.

Although this is a general over-simplification, Venture Capital is a financial system that has leveraged businesses to quickly scale and has helped various companies become massive. And who knows, maybe you will create a VC-backed company in the future.